The U-BIX story tells of how two founding partners, lawyers Enrique “Ike” Belo and Edilberto “Bert” Bravo, put into motion their vision of a sustainable business.  Their initiation into the world of business began when Bookhaven, the office supplies and stationery company started by Bert and his wife, Dr. Felina A. Bravo in 1968 was later expanded into a partnership with Atty. Ike Belo.  Fel was then the Treasurer and Office Manager while Bert acted as General Manager and Head of Sales. 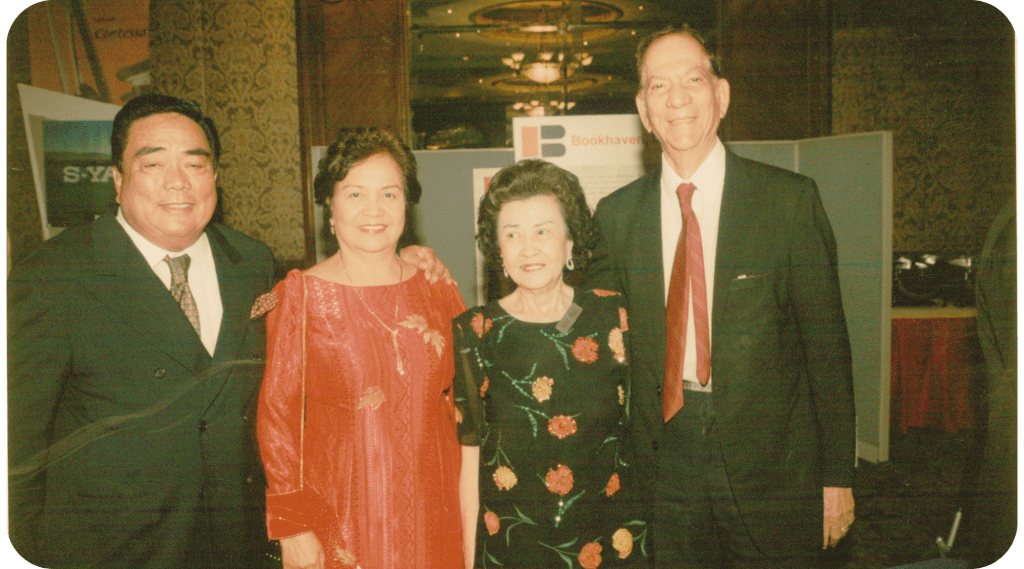 From Office Supplies to Office Machines

Their initial success with Bookhaven encouraged them to broaden their business horizon.  A trip to Japan resulted in their first ever business alliance with Konica Corporation (that eventually became the Konica Minolta Corporation).  U-BIX Corporation was born on February 11, 1974 and Bookhaven became the holding company.  It marked the start of challenging and exciting times for Belo and Bravo that continue to the present.  U-BIX eventually became acknowledged as one of the country’s pioneers and leaders in laser printing and plain paper copying technology.

From the start, Bert Bravo was committed to the idea that technology alone will not be enough to sustain growth and development of a company.  It should include committed leadership and quality service to sustain customer satisfaction and loyalty. Bert Bravo acknowledges that U-BIX today owes much of its success from the contributions of its executives and staff, some of them were recruited from Day 1 and stayed on until their retirement.  Among them were Francisco A. Mendoza, Executive Vice President and General Manager, Danilo S. Casaje, Executive Vice President for Finance, and Vida C. Ty who started as office accountant, then rose from her position, and assumed presidency of U-BIX in 2003 until her retirement in 2006.  She served another year as President in 2019.

Innovations in customer service included a U-BIX guarantee to Metro Manila customers of a service response time of two hours, from 7am to 7pm, seven days a week.  U-BIX also implemented the Free Lifetime Service Guarantee to all machines sold. The exclusive distributorship of Konica Minolta production printers and copiers has upped the level of U-BIX’s success.  An innovation program for improving the skills of service engineers was put in place with the training and certification program from Konica Minolta.  The service engineers need to pass the test that measures their mastery of technical service.  Of all the Konica Minolta distributors worldwide, U-BIX prides itself in having the highest number of Konica Minolta certified engineers. 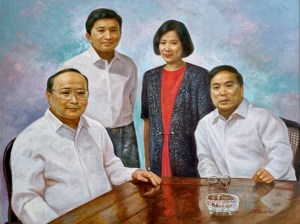 U-BIX forged more alliances in Office related businesses.  Okamura Corporation of Japan, a world leader in office furniture systems became a partner in 1993. From then on, U-BIX distributed and installed premium quality office seating, desks, and work stations.  In 1996, Facilities Managers, Inc. (FMI), was established when U-BIX entered a licensing agreement with the US-based ServiceMaster Company, a global leading service firm delivering professional facilities management to clients.  At present, clients include hospitals in Metro Manila, corporate offices and business process outsourcing companies in Luzon and the Visayas. In 1999, U-BIX acquired the distributorship of RISO, enabling it to offer low cost, fast and easy printing.

A major achievement in 2006 was receiving the ISO 9001:2000 Certification for its marketing and distribution operation systems. With it, U-BIX joined the growing circle of ISO-Certified companies in the Philippines.  U-BIX is presently working for the recertification of its ISO 9001:2015.

In 2013, U-BIX has partnered with BenCab, National Artist for Visual Arts.  The collaboration highlighted their commitment for quality and passion for excellence in business and in art.